بِسْمِ اللهِ الرَّحْمَنِ الرَّحِيمِ
فقه الحروف وفونيم النسب في ألفاظ العرب ــ ترجمة كتاب.
■ المؤلف : محمد بن سعيد عبيدالله أبو هاشم.
■ ترجمة كتاب : فقه الحروف وفونيم النسب في ألفاظ العرب.
Arabic Letters are the constituents of the alphabet. Studying their philology means being aware of their philological order and their numerical weight as well as their linguistic numerical value. In addition, this involves examining the effect of the letter on the morphological structure of the word. The ultimate goal of this science is to distinguish between synonyms and pseudo-synonyms and put the meanings of which in a numerical order in terms of proposing and post posing. This should be done before addressing matters concerning interpretation and concomitant sharia laws. The order of letters and their numerical value are both based on their recurrence in the roots of the Holy Qoran, the repertory of the language. Setting a certain value to letters comes from names. Allah says in the sura of The Cow CH2/114 in the book: “And He taught Adam the names - all of them” verse(31). This education was not random at all, but an education that is based on principles and guidelines. It is accordingly important to bear in mind that the letters that suras begin with prove that letters have weight and numerical values. In fact, the history of language in the Holy Quran is divided into two eras: its emergence in the sura of The Cow and its emergence in the sura of The Star. For instance, in the surah of The Cow, Allah says: “And He taught Adam the names - all of them.” (31) He also says in the sura of The Star, “They are not but [mere] names you have named them - you and your forefathers - for which Allah has sent down noknowledge or authority” (23). This also recurs in the sura of Joseph: “You worship not besides Him except [mere] names you have named them, you and your fathers, for which Allah has sent down no knowledge or authority. Legislation is not but for Allah . He has commanded that you worship not except Him. That is the correct religion, but most of the people do not know” (40).
He also addressed the people of Makkah similarly. This process of degeneration has been documented ever since the time of Aad people to the pharaohs at the time of Prophet Joseph to the time of ignorance when Allah sent Prophet Mohammed as a messenger to all people, to whom the Holy Quran was revealed. The revelation of the Holy Quran standardized and revivified the language and made it as prosperous as at the time of Adam, peace be upon him. In its verses, one finds the sciences and secrets of this language. From these letters, names can be formed. By way of illustration, the letters of the bigger entity carry more weight than those that refer to smaller entities of the same type. For example, the words “yawm 540 [day],” “shahr 578 [month],” and “sannah 1770 [year]” are ascendingly arranged, from the word that carries the least numerical weight to the one that carries the most weight. Likewise, the sons of Noah are another example of that order: Ham, Shem, and Japheth, Japheth being his youngest son, Ham being the eldest. Sheith was after the great flooding on Noah’s people. That these words belong to such an order springs from philology and to the recurrence of those letters according to the weight of those letters. That order is illustrated as follows based on their recurrence in the roots of the Holy Quran after careful arithmetic consideration of those letters. 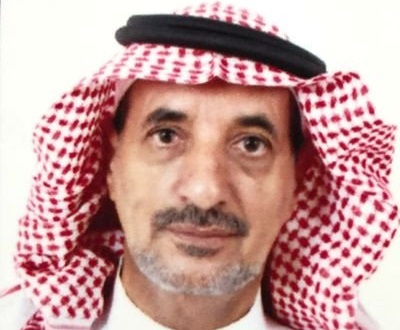